Possibly the best way to arrive at St Augustine’s is on foot, following our very own Camino.

The Augustine Camino is a week-long walking pilgrimage from Rochester Cathedral (the second founded by Augustine) to Ramsgate via Aylesford Priory, Canterbury Cathedral, Minster Abbey and many very wonderful small village churches and country pubs.

Kent was the first English Kingdom to convert to Christianity and so the route traces a series of important firsts including the oldest Cathedral in England, the oldest Church in continuous use in the English Speaking World (St Martin’s), the oldest painting of St Francis in England (at Doddington) and the oldest English Laws (Textus Roffensis, Rochester).

Augustine’s influence is felt throughout, starting with the striking modern icon of the Baptism of Ethelbert at Rochester via his Abbey in Canterbury to The Cross at Ebbsfleet, not forgetting more subtle influences such as the profusion of churches dedicated to Saints Peter and Paul (the Patrons of Rome).

Pugin’s influence is also much in evidence both directly at St Catherine’s Kingsdown and through his effect on important Gothic revival architects such as the Gilbert Scott’s and William Butterfield. 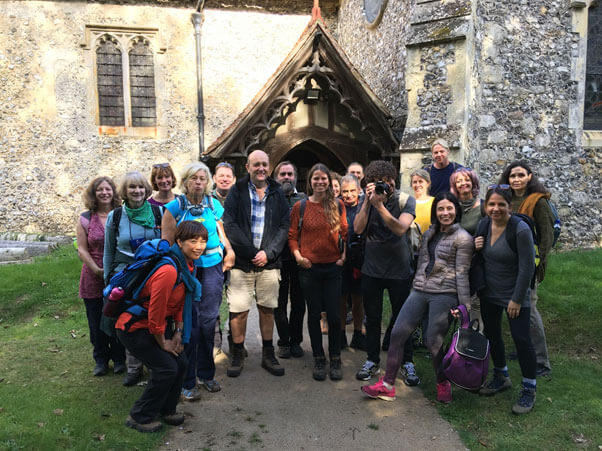